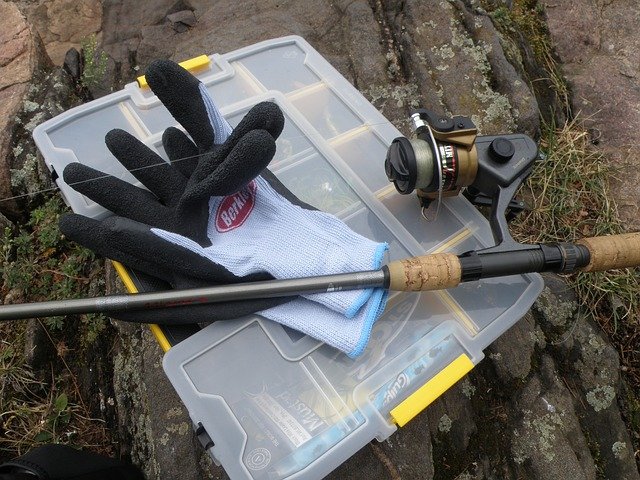 Throwing small lures or bait on a light spinning setup can be one of the most rewarding ways of fishing.

Achieving a balance between rod, reel and line is key to being able to make pin point casts and get the very best action out of your lures.

Ultralight spinning reels are usually what most anglers use to refer to a reel that is a size 2500 or smaller.

The light in ultralight reel does not refer to the weight of the reel, instead it refers to the type of tackle and lures that they are used with.

Ultralight reels need to be able to cast very light lures without the spool or the line lay interfering on how the lure flies through the air.

But it doesn’t end with the cast!

Ultralight fishing will rarely use line of more than 8 lbs in breaking strain with the majority of anglers using 6 or 4 lbs.

However some applications can require the use of line as low as 2 lbs and to get any kind of feedback from your lure or rig you need an ultralight rod matched to the correct reel.

When it comes to reels you can spend a little or a lot. Cheaper reels do tend to be lower quality overall and you will probably end up replacing one rather quickly.

Higher end reels have all the bells and whistles on them but that extra 1% performance over a mid-range priced reel is barely noticeable by the majority of fishermen.

And for most people not really worth the extra the money.

The best value is usually found in the mid-range of the market.

The Okuma Helios is our top choice as best ultralight spinning reel for the money. It strikes a great compromise between high end performance and price.

Everything about the Helios is built around producing a lighter reel without sacrificing on durability or performance.

It incorporates carbon fiber(C-40X) into the body, side plate and the rotor giving you a lighter reel that is also somewhat stiffer and has less chance of corroding.

Versus normal graphite for these components that’s a 25% reduction in weight with a corresponding increase in strength of 50%.

Less flex and more strength in the body of a reel makes it run much smoother. Cheaper reel bodies will flex and warp when put under pressure.

The more rigid the body and the less warp a reel has the better, assuming the internal gears are also to a high standard.

The Helios uses an elliptical gear system that is machine cut from aluminum which are smoother and stronger than more traditional brass gears.

If you are on a budget then the best value ultralight reel is the Pflueger President. It is an extremely popular choice as an introductory spinning reel.

The reason it is so popular?

Value for money! They are priced very competitively and you probably will not find a better ultra light reel for the same money.

Although they can’t compete on performance with the Okuma above or the Shimano Stradic below you still get a very usable reel that if properly maintained should still be working away in ten years time.

The President is designed with carbon composite side plates and rotors, further weight is shaved off by the drilled spool(which is braid ready).

Pairing one with a good ultralight spinning rod like the Ugly Stik Elite can mean buying a really good setup for close to $100 dollars.

On that rod and reel you can run 4 lb mono which gives you the possibility to throw some really light weight lures or bait rigs with great accuracy.

The Stradic FK gives you access to some of the flagship Stradic Ci4+’s materials and technologies at almost half the price.

The FK uses Shimano’s Hagane cold forging process that unlike hot forging, forges the metal at room temperature by compressing it under huge pressure, up to 200 tonnes of pressure is applied to the metal which results in mush stronger gears and body parts without any cutting required.

The process means gears that are extremely precise and have maximum strength from the edge of the teeth into the body of the gear.

The result is a series of reels that are some of the smoothest running ever produced.

The Hagane process is used on the gears, body and on the spool.

With such little flex in the body not only are they smooth but there is also a lot of feedback through these reels especially when under pressure.

The ST1000HGFK is the one to go for when choosing an ultralight spinning reel. It will hold 140 yards of 4 lb mono and has a retrieval rate of 31 inches per turn of the handle.

The Revo SX is one of Abu Garcia’s smoothest ever produced spinning reels. It’s right up there with the Shimano Stradic line of ultralight spinning reels and comes in at a mid-range price point.

The 2SX10 is the smallest reel in the series and can hold 110 yards of 6 lb monofilament and has a gear ratio of 6.2:1 which is a little bit quicker than other ultra light fishing reels we have listed here.

That makes it better for lure work than for fishing static baits as when using soft natural baits you really need to be careful and use a slow retrieve if you are casting to a new spot.

However that faster retrieve rate pairs nicely with the Revo’s ability to cast really light lures with ease all thanks to it’s line management system.

Abu’s line management system is a combination of the Everlast Bail system and the Rocket Spool Lip.

The Everalast Bail system lays the line on top of the previous layer in an almost perfectly flat manner. The flatter the better as it reduces the chances of a top layer embedding in one of the lower layers which can lower your casting distance especially when using ultralight lures.

The second element of the line management system is the Rocket Spool lip. Abu have spent a lot of time and experimentation in designing the exact contour of the lip of the spool to ensure that it creates as little drag as possible when the line runs off of the spool.

Both elements significantly reduce the chances of wind knots and line loops that you can experience with really light lines.

If you are not on a budget or are really looking to treat yourself then the Stradic Ci4+ is arguably the best ultra light reel ever made.

In the larger sizes the Stradic is considered an exception salt water reel due to it being incredibly resistant to the corrosive effect of salt water.

The 1000FB however is the one we are interested in. It weighs a tiny 5.6 ounces but is built from materials and design processes far and above any other real in it’s class.

It is fairly similar to the Stradic FK above but instead of a Hagane body the Ci4+ uses Shimano’s Carbon Infused(CI) technology.

This results in a reel casing that is almost twenty percent lighter and one and a half times stronger than an equivalent graphite reel body.

The real performance however lies in the drag and internal gears that result in an incredibly smooth ultralight spinning reel.

The gears are from the Hagane cold forged process and combines with a super stiff reel casing result in an almost whisper quiet reel even when under heavy loading.

So if you intend to throw lighter lures in a salt water environment or are looking for the highest quality light spinning reel then the Stradic Ci4+ is the choice to go for.

With the Sedona F1 Shimano has produced a very high quality reel for the budget angler, think of it like a striped down Stradic that still enjoys some of the better aspects that the higher priced models have included.

You get the full Hagane cold forged internal gears which are found on some models that are almost three times the price of the Sedona.

The spool is machine cut and double anodized for reduced corrosion and like the Abu Garcia Revo above Shimano has spent a considerable length of time on the line management system on the Sedona.

The spool has been designed to purposely reduce wind knots and backlashes which helps your line to fall off the spool with very little effort.

To help with the line lay the Sedona uses a Varispeed Oscillation system. This means that line is laid down on the spool at a variable oscillation rather than a fixed one which helps to reduce the chances of too much line be added to one area of the spool.

The 1000 will hold 140 yards of 4 lbs monofilament and has a maximum drag rating of 7 lbs. There is also a high gear model available should you require a quicker retrieve.

In recent years KastKing has started to take a meaningful chunk out if the fishing tackle market especially in the reel department.

They offer a large range of budget friendly reel that have become pretty well respected in terms of performance and reliability.

The III is the third model in the Sharky range of spinning reels that have helped KastKing tremendously in establishing themselves as a decent budget brand.

It has no less than ten stainless steel ball bearings and one anti-reverse bearing giving a pretty smooth operation for the money.

The are even rated for salt water use however as with any reel you should always make sure to rinse them thoroughly in freshwater after use.

Would you use these as part of a surf casting setup? No as they are not great fans of sand and servicing them is not that straight forward so save yourself some time and money and stick to the freshwater ultralight spinning game with this one.

Ultra light reels are normally in the 1000 or 2000 size range and should be able to hold at least 100 yards of 6 lb monofilament fishing line or the equivalent of braid.

Although most people probably think that they get their name from how much they weigh it is ultra light fishing is actually a style of fishing that is done on predominantly light gear.

The term ultralight is in fact a rod power rating. So if you are looking to match a spinning rod with the trout spinning reel then a size 1000 would be a great choice if fishing on small streams and rivers.

If you are working lots of larger rivers and small lakes then a size 2000 should fit the bill.

Always try to buy the best quality reel that you can. Rods will come and go and on average do tend to break a lot more often than any reel should.

Spending that little extra on your reel is usually a sound investment, you can always upgrade your rod later if you need to.

Look for an ultra light fishing reel that has a really smooth spool lip as this has a major affect on not only the casting performance but also on how well your line will wear.

Really light line in the 4 to 8 lb range does tend suffer if the lip of the spool is in any way abrasive or if the lip has a somewhat sharp or pronounced shape to.

A reel should always run really smooth from day one and if do happen to purchase a reel that seems a bit noisey or it appears that there is a bit of friction between some of the internal components then make sure to get the reel checked out.